Nestled on the edge of the Frank Church-River of No Return Wilderness, Salmon, Idaho’s convenient outdoor access has long attracted nature lovers and sportsmen alike. When combined with the relatively small population, the town provides the perfect getaway for the outdoor enthusiast in search of more space and less people. One such outdoorsman was Elmer Keith.

On the eve of deer season opening day, I sat around a bonfire with a small group and asked if anyone had heard the name. One friend, an avid hunter and lifelong outdoorsman, spoke up. He talked excitedly of Keith’s life in Salmon, his published articles, and how he contributed foundational changes to the firearms community. To be honest, he lost me several times when discussing the technical details that made Keith’s contributions so impressive. What stayed with me was that although Elmer Keith passed away in 1984, he clearly left behind a legacy. 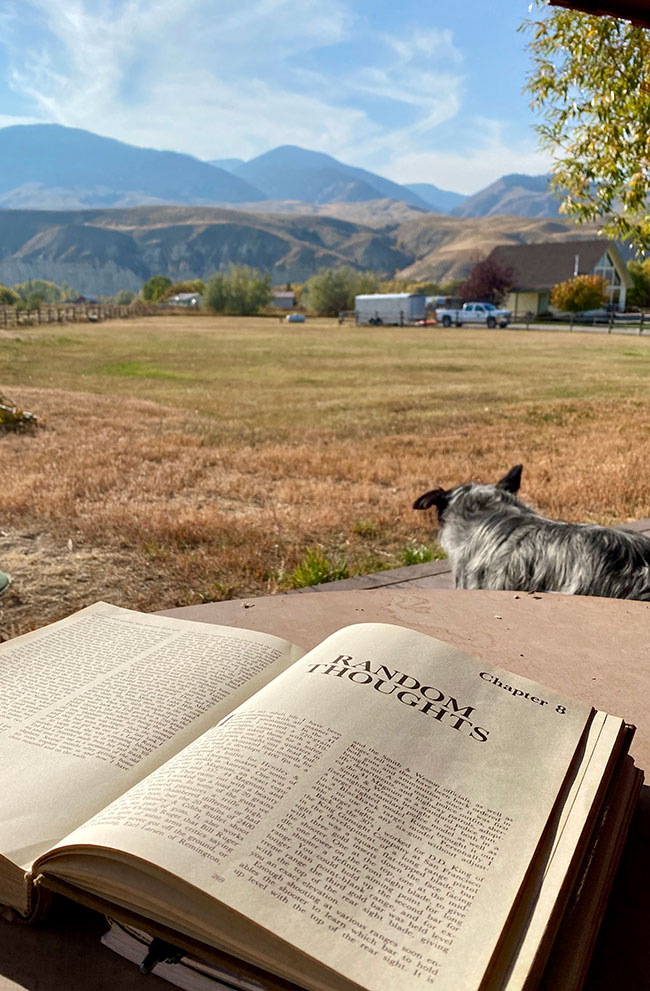 The following day, I went to the Salmon Public Library and borrowed Elmer Keith’s 1979 autobiography, Hell, I Was There. I had high hopes of frittering away a few evenings reading about Salmon life in earlier decades, aspirations that quickly dissolved when I opened the tome. Nearly 400 pages of two columned text, the book dwarfed some of the college textbooks that still collect dust on my shelves. Instead, I skimmed the thing.

Through the snippets of Keith’s life, I found a kindred spirit. Like me, he was born in another region and felt drawn to life in the West. Upon arrival in Idaho, he hunted, fished, and ran the river. He traveled the world for his work and his interests, chronicling his adventures in various published works. He eventually retired and settled into a house in Salmon, ID, with his family nearby. And he did it all in some of the most impressive Western hats I’ve ever seen.

Although the town has changed since Elmer Keith’s time, the aspects he loved are still here and thriving. Many fall events have been postponed, but outdoor activities abound. Hunting season has arrived, along with the first of the steelhead run. The trails at Discovery Hill are open for walking or biking, and temperatures are holding for a river float through town.

Sporting goods stores and the fly shop are ready to provide any of the gear or advice visitors may need. Although it is not entirely necessary for a successful outdoor pursuit, I highly recommend dropping in Jaxonbilt Hat Company to admire the collection. If you’ve never had the pleasure, work with one of the hatters to construct a custom-built hat. Look to Elmer Keith for inspiration, or come up with a creation all your own.

As the cold weather rolls in, I fully intend to eventually circle back to Hell, I Was There, but deer season turns to elk season, and there’s always wood to bring in. I think Elmer would understand.

For information about where to stay and other activities in the Salmon Valley go to www.visitsalmonvalley.com.